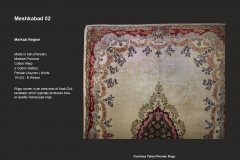 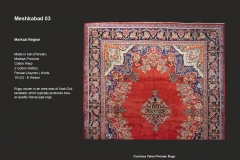 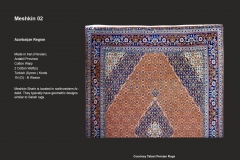 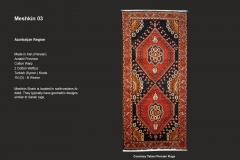 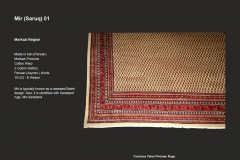 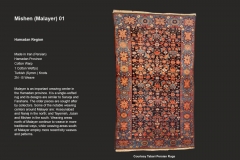 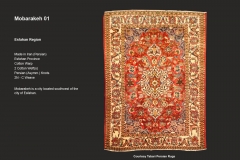 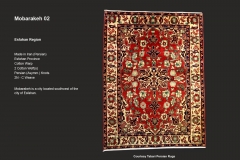 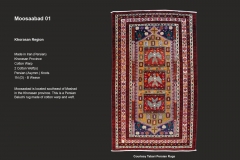 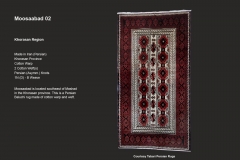 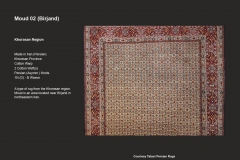 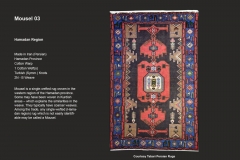 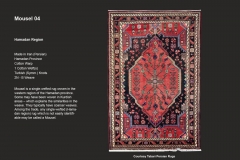 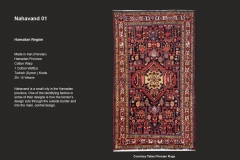 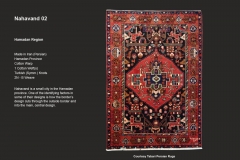 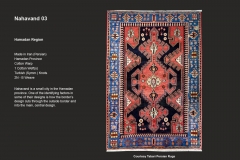 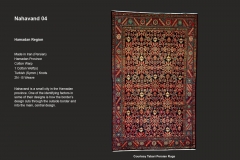 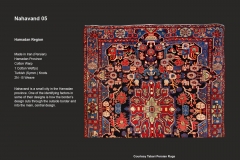 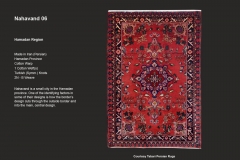 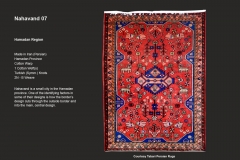 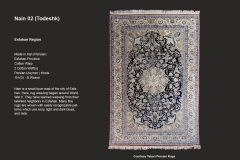 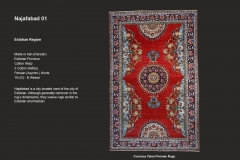 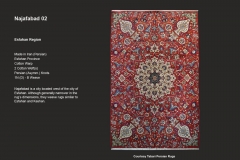 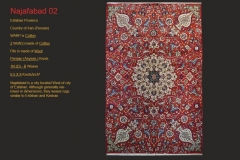 Meshkin Shahr is located in northwestern Ardabil. They typically have geometric designs similar to Sarab rugs.

Mir is typically known as a repeated Boteh design. Also, it is identified with Saraband rugs, Mir-Saraband.

Malayer is an important weaving center in the Hamadan province. It is a single-wefted rug and its designs are similar to Saruqs and Farahans. The older pieces are sought after by collectors. Some of the notable weaving centers around Malayer are: Hoseynabad and Nanaj in the north; and Tayemeh, Jozan and Mishen in the south. Weaving areas north of Malayer continue to weave in more traditional ways, while weaving areas south of Malayer employ more recent/city weaves and patterns.

Mobarakeh is a city located southwest of the city of Esfahan.

Mohajeron is a city located south of Saruq in the Markazi province. The Mohajeron rugs have beautiful color combinations (both in shades and variety) which distinguishes them from Saruq rugs.

Moosaabad is located southeast of Mashad in the Khorasan province. This is a Persian Baluchi rug made of cotton warp and weft.

A type of rug from the Khorasan region. Moud is an area located near Birjand in northeastern Iran.

Mousel is a single-wefted rug woven in the western region of the Hamadan province. Some may have been woven in Kurdish areas – which explains the similarities in the weave. They typically have coarser weaves. Among the trade, any single-wefted (Hamadan region) rug which is not easily identifiable may be called a Mousel.

Nahavand is a small city in the Hamadan province. One of the identifying factors in some of their designs is how the border’s design cuts through the outside border and into the main, central design.

Nain is a small-town east of the city of Esfahan. Here, rug weaving began around World War II. They have learned weaving from their talented neighbors in Esfahan. Many fine rugs are woven with easily recognizable patterns which use ivory, light and dark blues, and reds.

Najafabad is a city located west of the city of Esfahan. Although generally narrower in the rug’s dimensions, they weave rugs similar to Esfahan and Kashan.