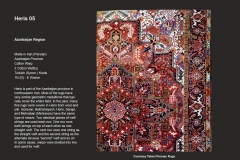 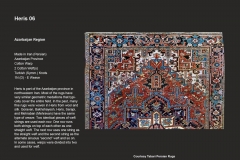 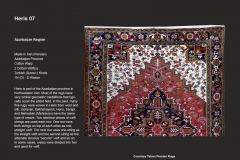 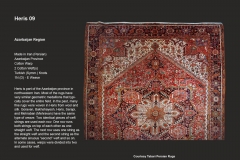 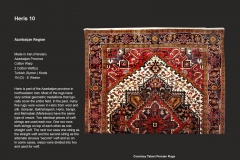 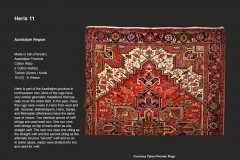 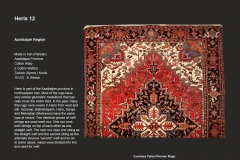 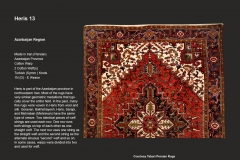 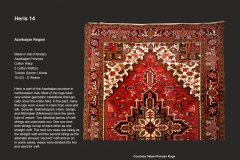 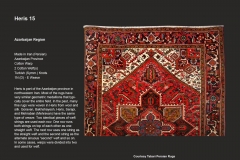 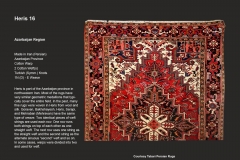 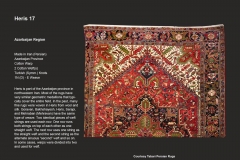 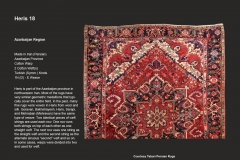 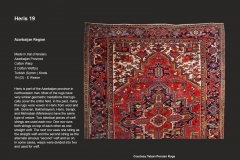 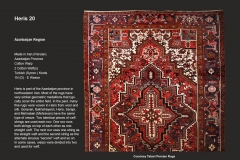 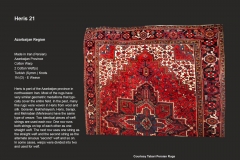 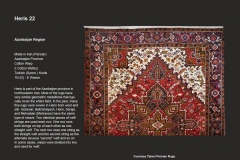 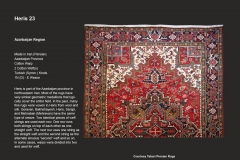 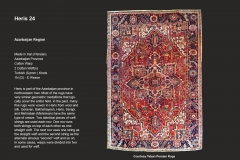 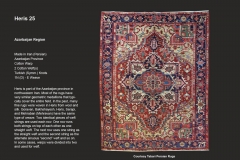 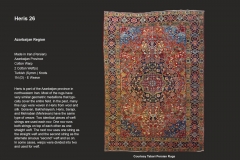 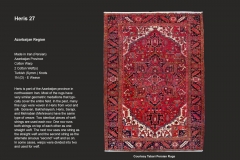 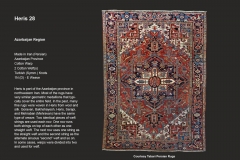 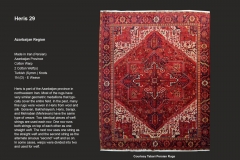 Heris is part of the Azarbaijan province in northwestern Iran. Most of the rugs have very similar geometric medallions that typically cover the entire field. In the past, many fine rugs were woven in Heris from wool and silk. Goravan, Bakhshayesh, Heris, Serapi, and Mehraban (Mehravan) have the same type of weave. Two identical pieces of weft strings are used each row. One row runs both strings on top of each other as one straight weft. The next row uses one string as the straight weft and the second string as the alternate sinuous “second” weft and so on. In some cases, warps were divided into two and used for weft.